Improved Situations: None   /   Resolution Opportunities: None

Global Overview December 2017: Huthi rebels in Yemen killed their erstwhile ally, former President Saleh, and cracked down on his party, while both the Huthis and the Saudi-led coalition looked set to increase hostilities in January. In Syria, the regime and its allies ramped up their campaign to take territory from jihadist and other rebel groups in the north west, and the de facto leader in Libya’s east disavowed the 2015 political deal, which could lead to more fighting in coming weeks. In Egypt, the military intensified operations in North Sinai against jihadists, who in turn launched more attacks. President Trump’s declaration that the U.S. recognises Jerusalem as Israel’s capital triggered deadly clashes between Palestinian protestors and Israeli security forces, and in Iran over a dozen were reported killed as tens of thousands protested against the regime. In Africa, Cameroon and Ethiopia experienced heightened instability, new fighting in South Sudan could escalate in January, and a ban on unrestricted grazing in Nigeria’s Taraba state could lead to more violence between herders and farmers. In Central America, the political crisis in Honduras saw deadly clashes between opposition supporters and police.

Kashmir are being targeted on all fronts to ensure a graveyard-silence in IoK: JKNF 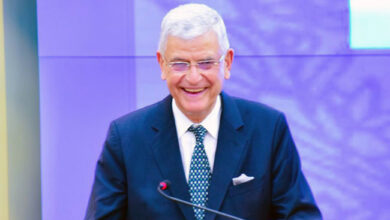