ISLAMABAD, June 18: President Azad Jammu and Kashmir (AJK) Sardar Masood Khan while describing the human resource development as a vital condition for the economic development of the country has urged the youth to strive hard with dedication to achieve the goal of their life by developing necessary skills, knowledge, and abilities.

He made these remarks while interacting with a 12-member delegation of interns from Medical Transcription and Billing Company (MTBC) which called on him here in Jammu and Kashmir House in Islamabad. The delegation was led by Mr. Ali Shoukat General Manager of the company.

Terming the MTBC interns as lucky to have an opportunity to participate in the useful internship program of a good repute company, he congratulated them on their selection for this very productive program.

The state president said that this is their first exposure to the corporate world where they would have an opportunity to learn from professionals and experts. He maintained that it was a good omen that a large number of our women were coming forward in the universities and professional institutions, and this is an encouraging development for all of us.

Sardar Masood Khan said that the youth would have to demonstrate outstanding performance because of the favorable learning environment and the right mentors. “You must excel and try to find your bearings. It is important that you have the right mentors and exposure for growth,” he asserted.

While advising the youth to gain self-confidence, the AJK president said that they would have to focus on their self-development and capacity building to compete with others and emphasised they must invest in themselves and towards building their capacity.

He went on to say that development of human resources in Azad Kashmir would not only make the state prosperous but it would also put the whole of Pakistan on the track of progress and prosperity.

“We have crossed several milestones of socio-economic development in the liberated territory during the last few decades and the journey still continues,” he said.

Khan maintained that if the youth gain experience in different fields, they can play a useful role in the CPEC and other such projects because numerous job opportunities in the field of basic infrastructure are rising under these projects.

President Masood said that it is a matter of great pride that the company had hired services of young educated male and females, the majority of them belonging to AJK, and added that MTBC has helped brought AJK on the global map. 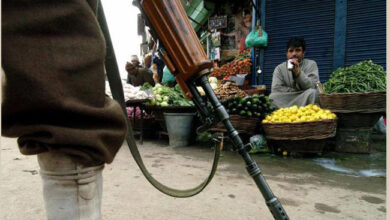 MESSAGE FROM MR. MAMNOON HUSSAIN, PRESIDENT OF THE ISLAMIC REPUBLIC OF PAKISTAN ON INDEPENDENCE DAY OF PAKISTAN 14TH AUGUST, 2018