RAWALAKOT, June 13: The AJK President Sardar Masood Khan has said that world history is evident that the freedom movement could never be suppressed through oppression and coercion. On the contrary, he maintained that the states that had used force to silence the voices of justice could not survive for long.

While strongly condemning the martyrdom of three youth at the hands of Indian occupation troops in Sopore town of occupied Jammu and Kashmir, Masood said that turnout of thousands of mourners in the funeral prayers of these youth despite all restrictions and hurdles is proof that the Kashmir people firmly stand with the liberation movement and they have rejected India’s blind state terrorism.

The AJK president said that the Kashmiri youth who are sacrificing while resisting the Indian war machinery, give a clear message to Delhi that all repressive means and tactics would fail against their resolve for the liberation of their motherland.

President Khan recalled that once communism arrogantly ruled almost half of the world, but as this order was also based on oppression when it collapsed and its impacts spread up to Asia, Central Asia, and Eastern Europe.

The state president advised the Delhi rulers that it was high time to grant the right of self-determination to the people of occupied Jammu and Kashmir, and play their role in maintaining peace in the region as well as the survival of their own state, otherwise, they were bound to experience the same situation in Assam, Mizoram, Behar, and West Bengal also, and if this happened, the Indian rulers would not be able to control it.

Paying glowing tributes to the youth of occupied Kashmir for their spirit of freedom and to their leaders for demonstrating patience and courage, the AJK president said that the people of Azad Jammu and Kashmir and the 220 million people of Pakistan stand by them, and they would continue to support their Kashmiri brethren till they achieve their goal of freedom.

Mass atrocities in IOJK need to be highlighted through movies, plays: Masood 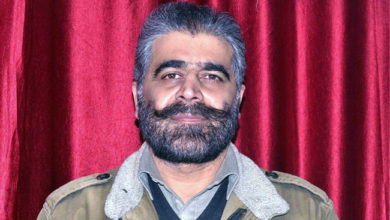